Consider this before you plant....

Before you plant a church... I pray that you know... without a doubt.. you are truly called. Many people have a "pie in the sky" view of a pastor / pastorate. They see Sunday service at an established church and they identify with that persona. I hate to be the bearer of bad news but Sunday is only a small portion of the big picture. If you are pastoring for the wrong reason or with wrong assumptions, your eyes will soon be opened to the true reality. Here are some facts: According to the Pastor Care Network: 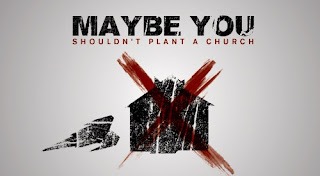 80% of pastors believe ministry has negatively affected their families. 33% say that being in ministry is an outright hazard to their families. 75% report a significant stress-related crisis at least once in their ministry. 50% feel unable to meet the demands of the job. 70% say they have a lower self-image now than when they started. 40% report a serious conflict with a parishioner at least once a month. 70% do not have somebody they consider a close friend. 50% have considered leaving the ministry in the last three months. 50% of those who go into full time ministry drop out in five years. 94% of clergy families feel the pressures of the pastor’s ministry. And according to the Jan/Feb issue of The Christian Examiner, between 1,400 and 1,600 Christian leaders leave the ministry every month. {2004} The Alban Institute estimates that 17% of pastors are experiencing burnout. A study of one major denomination concluded that less than one-third of its pastors were happy in their work. Another 30% were "deeply ambivalent" about ministry. And 40% described themselves as "heading for burnout." Though the pressures pastors face are great, the resources God provides are too. And one of the greatest resources is God’s people. So, pastor.... if you know that you know you are called into ministry, stay strong be encouraged and never quit. Learn to balance all aspects of your life. take some time for you! Take some time for your family!
Posted by Jeff Hoglen at 8:27 PM No comments:

Church Plants Made to Stick...

Geoff Surratt wrote a great article about church planting and the "ebb and flow" or the perception that some have about new churches. Here is the question that he prefaces the article: How can we stop the merry-go-round and plant churches that stick? Here are Geoff's three ideas: 1) Learn the community before you plant 2) Build a sustainable model 3) Get a job Those 3 points should have your curiosity heightened... To read his entire article, click here GEOFFSURRATT.COM 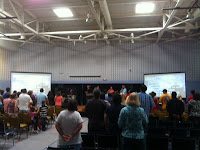 Posted by Jeff Hoglen at 8:01 PM No comments: 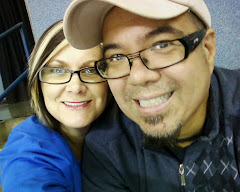 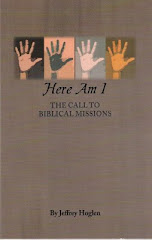 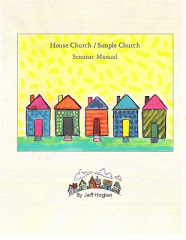